Winner of the SWASA Bluebonnet Maturity, 2004

Winslow’s stockdog ability is legendary both as a triple ASCA National Finals Champion and a top ranch hand.  He was a very competitive obedience and agility dog with top honors in both venues.  There’s nothing this dog has not been able to do and he’s a superb representative of the Australian Shepherd breed. 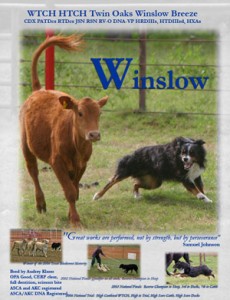 Winner of the SWASA Bluebonnet Maturity 2004 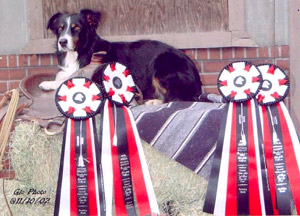 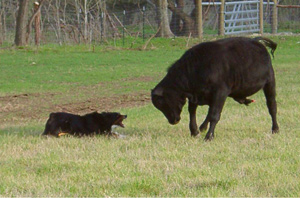 Started titles on all stock in two trials.  Both trials won Most Promising Started Aussie award and won both his cattle classes.

Winslow has earned his AKC HXA in sheep and ducks.