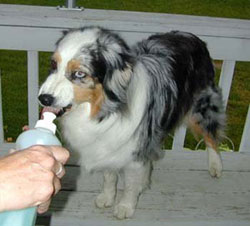 Shasta left us for a much deserved final rest in July of 2007.

She was a darling dog and will be greatly missed.

Shasta earned a UD, and was extremely capable in obedience, with very good scores.   Her love was agility and chasing balls.  We remember her with joy as our ‘fun police’; making sure no one had fun unless they included her!  She wanted to be included in everything, and was happiest if she could be with me everywhere I went, and soon she shadowed my daughter as well.  A very loyal and loving dog that grinned when greeting people, and always gave about 1,000,000% in everything she did. 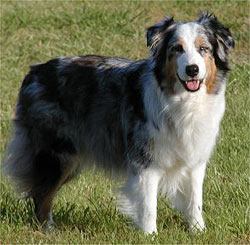 When she was just one month shy of her 10th Birthday, Shasta won BOS and BOW in the altered division of TASA’s conformation show. 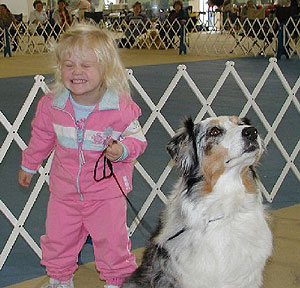