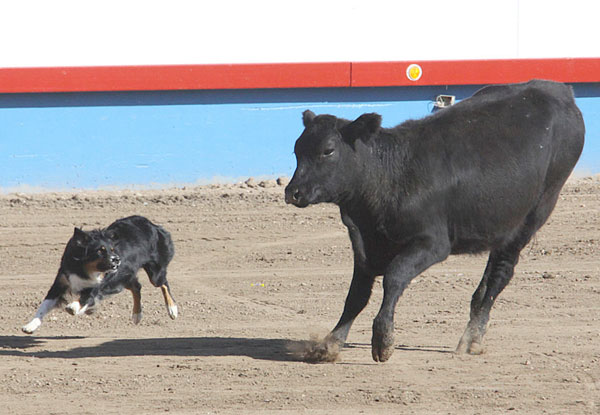 Dance qualified in cattle for the 2010 ASCA Finals! 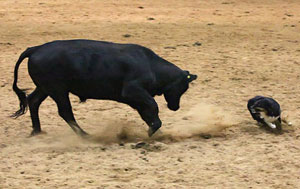 #3 Merit dog for PATD in cattle! 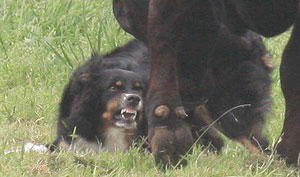 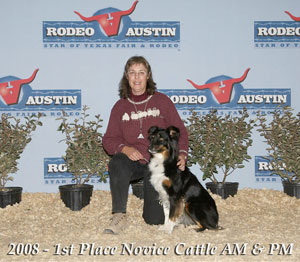 ~ A little bit about BC cattle trials  ~ This was our first BC cattle trial. The cattle trials are points and time trials, which means the highest points for obstacles accomplished in the least amount of time wins. Unlike ASCA and AKC, you don’t see the course until the day you arrive to trial and all of the obstacles are out in the open often in a pasture setting.  We started at the beginning level which is called Novice. Both dogs won cash prizes.